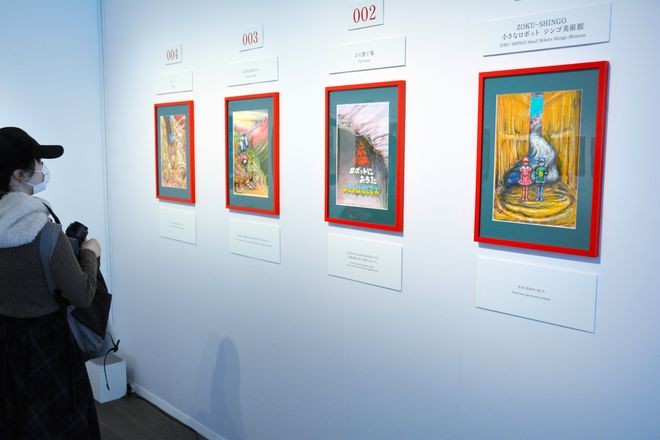 At 85, the horror designer shows his first works in 27 years

Horror manga artist Kazuo Umezu has unveiled a series of paintings for an exhibition showcasing his first works in 27 years, a highly anticipated event considering he is now 85.

Born in Wakayama Prefecture and raised in Nara Prefecture, Umezu made his professional debut when he was in his third year of high school.

The prolific cartoonist gained fame for “Cat Eyed Boy”, “Orochi: Blood”, “Left Hand of God, Right Hand of the Devil” and other horror manga, in addition to science comics -fiction “The Drifting Classroom” and the gag manga “Makoto-chan.”

It was a sequel to “Watashi wa Shingo” (I Am Shingo), a 1980s sci-fi comic about a sentient industrial robot.

Speaking at the opening ceremony of his latest show on January 27, Umezu reflected on when he won the Heritage Prize for “Watashi wa Shingo” at the Angoulême International Comics Festival which took place in is held in France in 2018.

“It had been a while (since I finished the last work in 1995), and there was a time when I thought I had to do something after receiving the award,” Umezu said.

He explained that he chose to create a series of paintings rather than a series of comics, stating, “When you create something, it doesn’t make sense unless you do something new.”

While Umezu’s representative works are displayed in one section, installations themed around his creations and produced by contemporary artists – the artistic duo Exonemo, Yuma Tomiyasu and Tomoko Konoike – are also on display at the site.