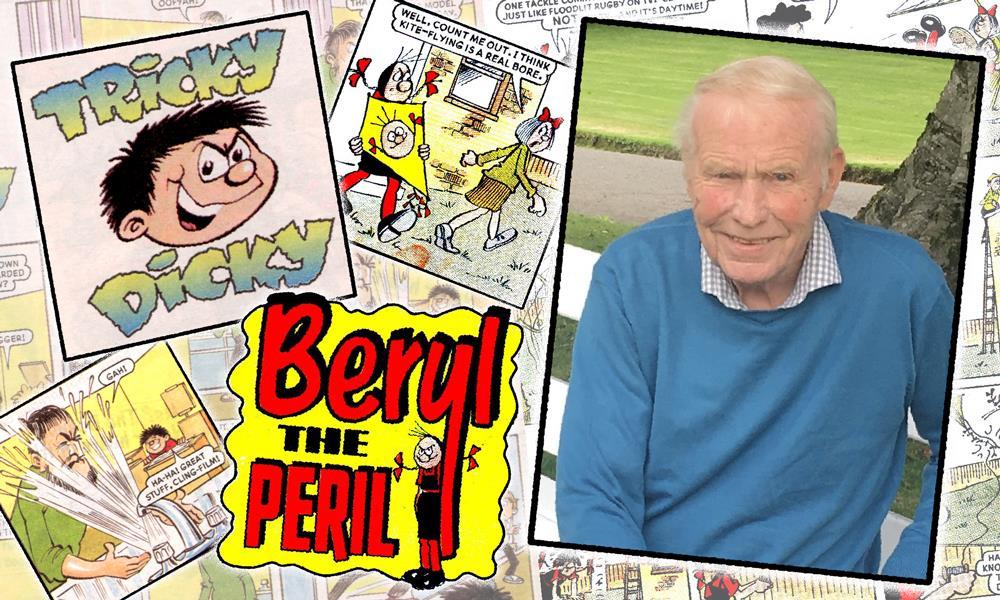 John Forsyth Dallas, the creative hand behind some of Britain’s most beloved comic book characters, has died aged 83.

For 16 years he was the artist responsible for drawing Beryl the Peril, succeeding David Law, who had created the comic book character The Topper.

Between 1987 and his retirement in 2003, John was the artistic caretaker of Ball Boy, The Beano’s lovable but not overly gifted football character.

John spent most of his career with DC Thomson in Dundee, publisher of some of the most successful children’s comics and publications of the 20th century.

He was born in Glasgow in 1938 to Stewart and Isabella Dallas and was educated at Kent Road Primary School and then Woodside Secondary School in the city.

In 1953 John left school at 15 to start working as a junior commercial artist in a Glasgow firm called McMurtie, but studied art in the evenings at the Glasgow School of Art.

After three years there he was called up for national service which he served in Germany with the RAF.

He returned to work with McMurtie in 1958. John had met his future wife, Jean, when they were teenagers in Drumchapel and they were married at Drumchapel Congregational Church in 1961.

In December 1963, he joined DC Thomson as a studio artist, illustrating, notably on The People’s Friend as J Campbell Kerr, and ghosting, copying the styles of other artists from the firm.

His working life was spent mostly at DC Thomson’s Meadowside headquarters in Dundee, although he had a spell working from home in the 1970s and 1980s.

In the early 1970s, John took over the management of Beryl le Péril following the death at the age of 63 of its creator, David Law.

Throughout the 1970s and 1980s, John was the hand and imagination behind characters that delighted millions of children at home and abroad.

He brought Tricky Dicky to life, as well as Souper Boy for the Topper and Lumbering Jack for 1972’s The Topper Book.

John has also illustrated Joe Soap in Cracker, Tony Jackpot in Plug and Billy the Whiz in Beano.

In 1987 he reprized Ball Boy in Malcolm Judge’s The Beano and drew it until his retirement in 2003.

His daughters said that his work was really his hobby and that he enjoyed doing portraits and caricatures for his family and friends.

His free time was mostly spent with his family, including his four grandchildren; Andrew, Cameron, Rebecca and Morven.

You can read the family’s announcement here.