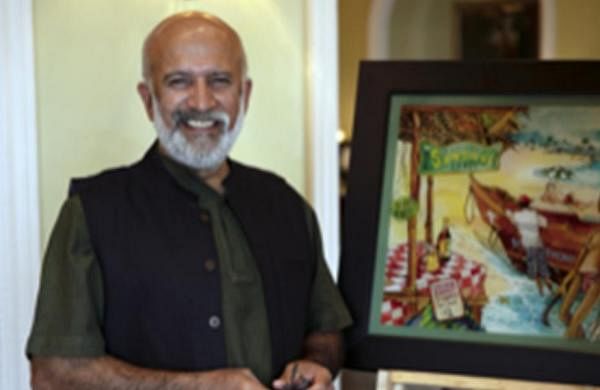 If there’s one thing that resonates with old Bengaluru, it’s the paintings of cartoonist Paul Fernandes that bring out the nostalgia and memories of the 70s. Whether it’s the BRV Theater or the Bangalore Rifle Volunteers Canteen on Cubbon Road, the artist captures everything the peaceful city once represented.

On a mission to bring that vibe, his paintings are on display at JW Marriott’s Bengaluru Baking Company, which recently opened to the public. The restaurant has used 45 of Fernandes paintings which speak of Bengaluru in ancient times.

“The hotel is located at a place that was once the center of old Bengaluru and the entrance to Cubbon Park. Being a boy in the 50’s I remember how peaceful and happy Bengaluru used to be. I have fond memories the weather and I thought it was wonderful when the team approached me for the job,” Fernandes told CE.

Chosen from his works on display at his aPaulogy Gallery store in Richards Town, the restaurant’s paintings constitute a generic collection.

“Most of the images are of popular landmarks – Bangalore Club in 1863, Parade Cafe and buying eggs at its doorstep – which I have created over the years,” he says. Known for his striking watercolors, he also used various pens to highlight some of these drawings.

Meanwhile, he is working on a book which will see over 500 drawings covering a period from Kempegowda to the pandemic. “I chose to keep it in black and white just because that process takes a few days whereas color takes about a month,” he laughs, adding that he hopes to finish the book soon.