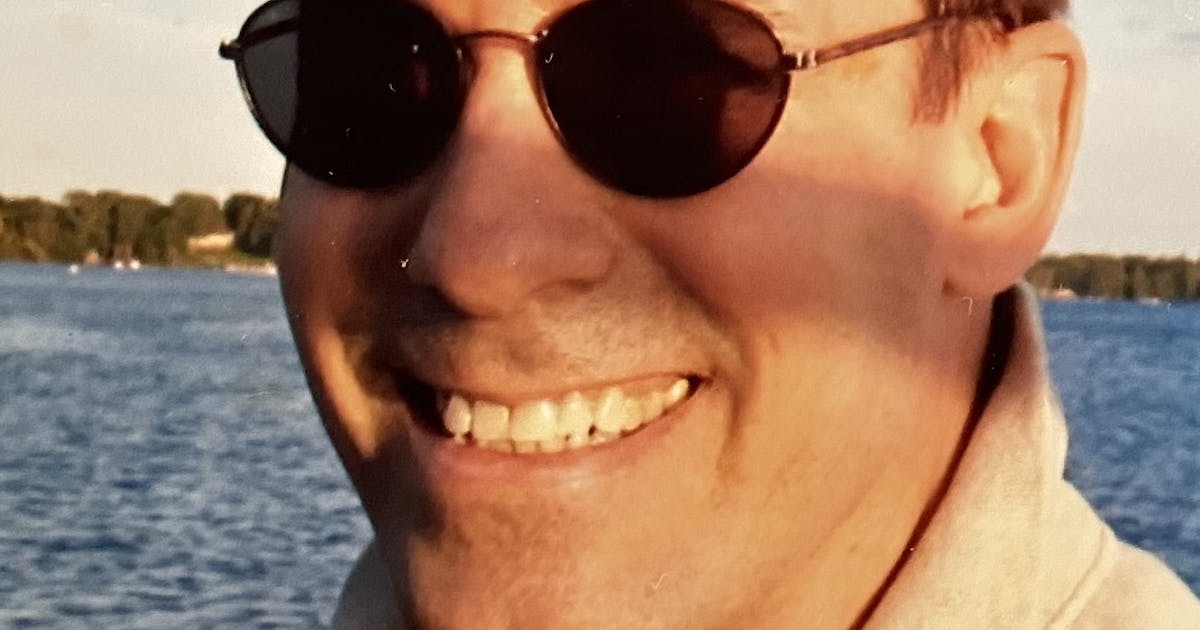 “I have to go put out a fire,” Christopher Foote would say to his wife, Diane, when he got up in the middle of the night. This means that some sort of conflict has arisen between the nearly 24,000 members of the Lake Minnetonka Fan Club, a Facebook page that Foote founded and managed.

Foote described the page in a 2020 post as a place of “good-humored conversation, shared wisdom, clever speech.” Members asked for restaurant recommendations and posted pictures of the lake at sunset. When hostilities broke out – over politics, docks or, in one case, walleye sandwiches – Foote suppressed insults and fired offenders, explaining his actions to the group with what member Molly Lang of Tonka Bay said. described it as “dignity, grace, humor, diplomacy and intelligence.”

â€œGuys, this group is to celebrate everything we love about the Lake Minnetonka area,â€ he posted in April 2020. â€œLet’s soften the tone a bit, share our thoughts, learn from each other, engage us in some much-needed humor, and we’ll all go through this together. “

Foote died in his sleep on July 11 at his home in Deephaven. He was 62, healthy and fit, said Diane. Doctors blamed pulmonary embolism, but she said, “I think he fought to the death.”

Foote was a commercial artist and designer, website designer and marketing director for a Catholic nonprofit organization. The Facebook group was an offshoot of a website he ran.

Through it all, he was always cheerful and kind, Diane said. “I was married to this man for twenty years and I never saw him behave badly or in a questionable way, ever.”

He was born in Washington, DC, and his family moved to Minnetonka in 1970. He studied art at the University of Minnesota and the Atelier Studio Program of Fine Art in Minneapolis.

His passions ranged from tailoring to bodybuilding to staging elaborate pranks. He adopted Diane’s four children and loved to play with his grandchildren. He liked most genres of music. When Elvis Presley died, he cut short a surf trip to Florida, “went to Graceland and stood outside and cried,” Diane said.

â€œHe was the first to really trust me, saying it’s something you can actually do, it’s not just a little hobby,â€ Snyder said.

Foote created advertisements and posters for the Twin Cities Catholic Choir, emphasizing volunteerism first, said Lois Berens, a member of the choir’s board of directors. â€œFinally, I said, ‘Chris, we just need to give you something, you’re spending too much time.’ â€œHe accepted a small allowance,â€ she said.

When his death was announced on Facebook, members praised Foote for creating a community of lake enthusiasts and managing it in such an optimistic and stable manner.

In a July 2020 post, Foote kindly berated the members of the group for posting complaints.

In addition to his wife, survivors include sister Didi Hastreiter of Deephaven; brothers Gregory of Excelsior and John of Waconia, daughters-in-law Erika Ramsey of Wayzata, Lindsay Brotemarkle of Plymouth, sons-in-law Ned Bruce of Plymouth and David Bruce of Wayzata, and eight grandchildren.