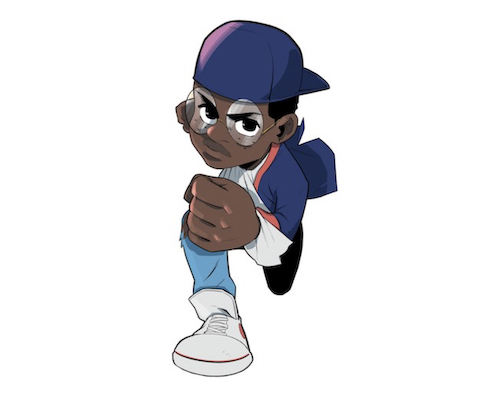 Single-parent families make up about three-fifths of black households in the United States, and children in these households often lack positive images around them. With many of these parents having to work two jobs to make ends meet, their children are regularly learning to take care of themselves with limited resources, so finding creative ways to entertain and educate is a must.

Seeing such a need in these homes further heightened by the relentless COVID-19 pandemic, cartoonist Joe Young created his Kemet comic book series to not only educate but entertain black children while they are at home.

According to Counseling Today, comics offer more than an escape for kids. The characters in the books are personified – they are what children strive to be. It further states that superhero characters are like their readers: complex, emotional, and facing many of the same challenges and obstacles.

Young, himself a former single parent and now nationally recognized cartoonist, artist teacher, writer, filmmaker and producer, knows how to reach children: through comics and storytelling. As a child, he understood the need for a positive escape into the imagination, as he demonstrated when he became the Guinness Recordman for the creation of the longest comic strip in the world. Young also received the Daily Point of Light award from the White House for his work in bringing the arts to underprivileged youth.

In his early years, school was not easy for Young. He did not understand the material and his instructors did not realize that their teaching styles did not meet him where he could process the information properly.

â€œWhat’s interesting is that I was able to learn the same material through the comics because the presentation was more exciting and sometimes told through characters and stories,â€ he said.

Where traditional learning techniques have failed it, the comics have not.

â€œOne of the biggest influences in my life that ultimately led to my success as a creator and entrepreneur has been comics,â€ he said.

While many have chosen to relax or watch TV during the ongoing pandemic, Young has been busier than ever, creating content to meet the needs of black children while educating and entertaining them during their isolation – Especially with many schools and libraries closed and some parents struggling to keep their children interested in reading.

Her â€œKemetâ€ series teaches values â€‹â€‹and positive messages such as helping others, doing your best, teamwork and persistence. The main character, a 10-year-old superhero who travels through time in his spaceship “Sankofa 82”, is also featured in the weekly activity sheets for young people, distributed to more than one million readers each month.

The Kemet property is unique, educational, cultural, fun and also celebrates the resilience and achievements of African Americans in this country. In the pages of “Kemet”, children will find adventure, science, both fantastic and realism, history and heroism. Young readers and families are sure to embrace Kemet’s character and comic book series.