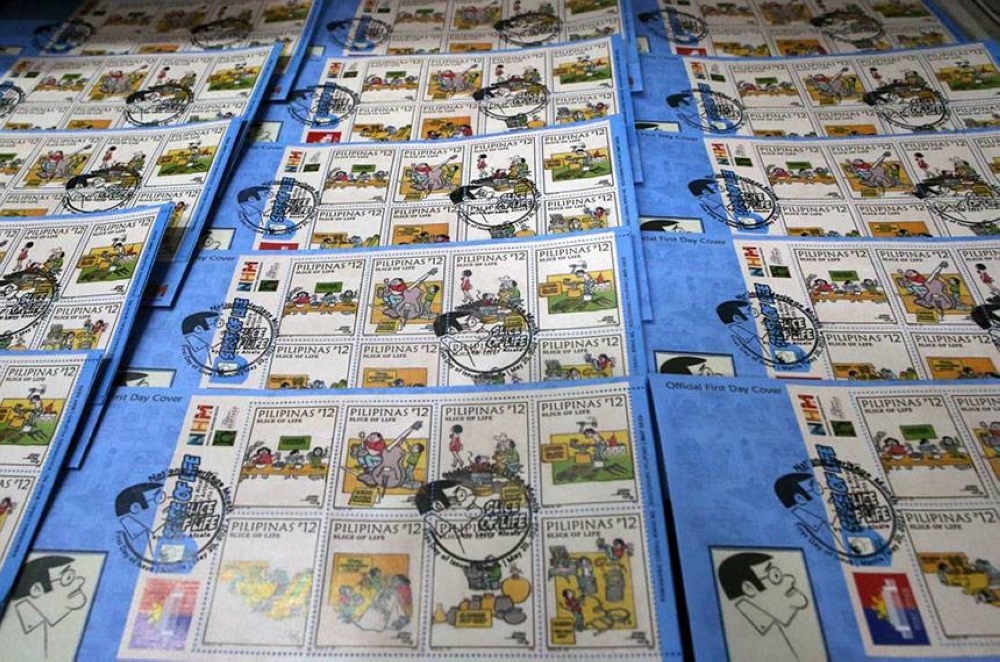 In his speech at the launch of the commemorative stamps at the Manila Central Post Office Building in Liwasang Bonifacio, Postmaster General Norman Fulgencio said the Alcala comics gave a glimpse into the lives of Filipinos “in the most spiritual and most meaningful”.

“Comics (of Alcala) have become known for giving their readers the task of finding his hidden face in his illustrations,” Fulgencio said.

Alcala was born on August 18, 1926 in Daraga, Albay. On a Manila Times scholarship from his then-editor Ramon Roces, Alcala earned a Bachelor of Fine Arts degree in painting from the University of the Philippines in 1950. He served as a professor at the same university from 1951 to 1981. Alcala’s most popular cartoon series was Slice of Life, which reflected the many unique aspects of daily life in the Philippines. His other famous cartoon series include Kalabog en Bosyo, Mang Ambo and Asiong Aksaya.

Get the latest news

delivered to your inbox

In 1988, the cartoon series Slice of Life received the Best in Humor award and was cited for helping to keep alive Filipinos’ ability to laugh at themselves in the midst of adversity. Alcala was posthumously awarded the title of National Artist of Visual Arts and the Grand Collar of the Order of National Artists (Order ng Pambansang Alagad ng Sining) in 2018.

Fulgencio noted that through the lively marriage of art and humor, Alcala’s comments “which are both critical and compassionate evoked laughter and reflection in the daily lives of Filipinos”.

Alcala’s family was also present at the launch of the commemorative stamps.

“Instead of poster-sized frames hanging on the wall, these little one-inch square works of art will serve as daily reminders to us to never forget what it really means to be Filipino,” Ana said. Iris Baraga Alcala, granddaughter of the national artist.