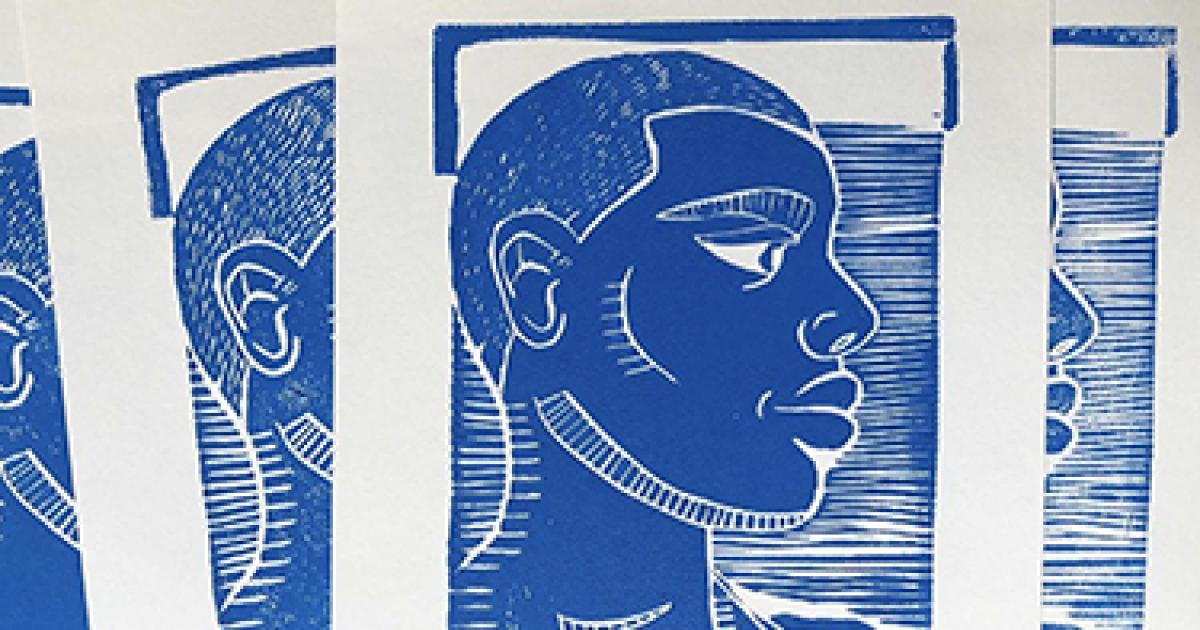 the Portland State University Collaborative Comic Book Project aims to change the narrative around homelessness through ethnographic caricatures based on the experiences of UPS students. The project will culminate in the 10 comic books published in booklet form and sold by Street Roots vendors. Street Roots spoke to 8 of the artists to learn more about their process.
Read all the interviews here.

In his youth, artist McKensi Payne found comics during a period of isolation. Drawing characters and creating adventures for them, Payne often created zines and explored the world of comics. Payne appreciates comics’ unique ability to tell a story unlike any other medium. For Portland State University’s collaborative comic book project, Payne illustrated “Alana’s Guide to Coping.” The comic tells Alana’s story of navigating homelessness while juggling school. Payne hopes readers of the comic can challenge their preconceptions about homelessness.

Kanani Cortez: How long have you been creating comics and doing this type of art? How did you start?

McKensi Payne: I’ve been drawing for as long as I can remember, since I was little. I feel like I got particularly interested in comics when I was in college. When I was a child, I had leukemia. I had to stay home for the entire fifth year because I had a bone marrow transplant and my immune system was rebuilding. So I was isolated for the whole year and during that time I was trying to find ways to fill my time. So I really got into doing, basically, zines with all these characters that I had created and it was like a mixture of comics and random little articles that I was writing.

From there, I really had the idea of ​​drawing comics. It’s just something I do a little off. Now that I’m an adult and have a job, unfortunately I can’t make it a full-time job, but I still enjoy reading graphic novels and stuff like that. I think it’s a really cool way to share a story just because it’s a really unique way to share a story. I remember taking a class in college where we kind of broke comics. There’s nothing else really like it because it really walks you through an experience in a way that reading a book can’t and watching movies is obviously very different. I really respect comics and think they’re really cool. I’ve just been into them for a really long time.

Cortez: It was cool to see how the comic landscape has changed, there are more queer comics and there are smaller publications and zines in the mainstream. It really feels like there are more opportunities to get into comics now than in the past.

Payne: I never really got into Marvel or DC or anything like that. I came across Craig Thompson, someone gave me a book by Craig Thompson. From there, you know, I went to Powell’s and found another book by him, but in that section there were a bunch of others. Since the course at the university, the whole list of books that we had to read for the year was very large, all over the place, things that I had never heard of before. Because in the comics, you know, really anyone can do it. It just creates a lot of variety. There are many choices.

Cortez: What kind of themes have you explored in your comics before, and did you create comics about homelessness before this project?

Payne: I haven’t made comics specifically about homelessness, but I thought it was really cool. Simply because, again, comics are a great way to share a story. I think it’s a way to maybe appeal to an audience that might not have read someone’s experience before. I personally have never done anything like this before. Honestly, the stuff I’ve done in the past has been very varied, but when I was a kid, it was just random little character stuff that I would take on adventures. When I was a little older, honestly, a lot of it was about my experience of racing and living in Portland, and my personal experience with it. A lot of the comics I’ve done more recently have been more around this (subject) just because I think it’s a good outlet for me to write about those experiences. In the same way, it might be something some people wouldn’t read unless it was in the comic book form it is in. I don’t know if that’s necessarily true, but I feel like it’s a nice way to express various things that have happened to me.

Cortez: How did you get involved in this project (collaborative comic strip)?

Payne: Actually, I discovered the project through the IPRC (Independent Publishing Resource Center). I used to volunteer there, but haven’t for about a year now because of the pandemic. I volunteered at the IPRC for a while and they emailed us here and there throughout 2020 about ongoing projects and this was one of the projects that was mentioned and I I said “that looks really cool”. Especially working with Street Roots, I’ve always had Street Roots and thought it would be really great to be involved in something like that. So I applied and here we are.

Cortez: Looking at the actual comic book creation process, were you able to meet your subject in person?

Payne: I didn’t actually meet the person whose story I was writing, which is quite interesting. It never worked out in terms of time, but I think that in itself is quite interesting. Just because I’m telling the rather personal stories of someone I’ve never met in any way. I don’t know, I can’t speak for the other artists, but I know some people were able to speak to the person they were writing, directing the comic for. I kind of wonder how that shapes the creation of the comic and the telling of the story. I’m interested in hearing what other people have to say about this.

Cortez: How did you get inspiration from what their character would look like?

Payne: The person I was assigned to was okay with me drawing their portrait, so I just took some pictures of them.

Cortez: For this project, your piece is called, “Alana’s Guide to Coping With It” How did you and the subject of the comic decide on the formatting? How was the collaboration process?

Payne: I think Alana has seen some of my previous works. And then, with that in mind, I really wanted it to be kind of like, not a map, but just kind of a guide through Portland and its experiences in Portland. So like a real guide. I feel like the way I draw and write everything is kind of like an instruction booklet anyway, so it all went well and that’s the style she wanted.

Cortez: “Alana’s Guide to Coping” is in black and white. Do you usually work with a lot of colors? How did you choose the colors for this comic?

Payne: Most of the time I work in black and white and this was a situation where I had drawn everything to make it look good if it was strictly black and white.

I contacted one of the project leads and she told me a lot of people are doing color and I think if that’s what your style looks like anyway; you should just stick to black and white so there’s more variety in the spread that we have. That’s how it was kind of finalized that it would be black and white. But I do a lot of my work in black and white and sometimes I use color. I risograph sometimes and it has really vibrant colors, but even then I only use one or two colors.

Cortez: The overall goal of the project is to change the narrative around homelessness. As an artist, what did you learn from this process? In particular from an ethnographic approach?

Payne: I think homelessness and how it can happen… there are so many reasons that can happen. I feel like there’s often this idea that you make personal choices that will lead to you becoming homeless and I don’t necessarily think that’s true. I think any of us, if certain things happen, can become homeless at any time, and I don’t think that reflects a person’s worth or a person’s intelligence or their value or his value. I’m just happy to be able to share someone’s personal experience too. I really think this project will be great for people to see people’s personal experiences expressed artistically because it’s no one’s fault that they became homeless.

Editor’s Note: Street Roots has partnered with Kacy McKinney and her team at PSU to publish the PSU Collaborative Comics project. Street Roots vendors will sell the publication alongside the newspaper from February 2.

Street Roots is an award-winning weekly publication that focuses on economic, environmental and social justice issues. The newspaper is sold in Portland, Oregon, by people experiencing homelessness and/or extreme poverty as a way to earn an income with dignity. The Street Roots Journal operates independently of Street Roots advocacy and is part of the Street Roots organization. Learn more about Street Roots. Support your community newspaper by making a one-time or recurring donation today.