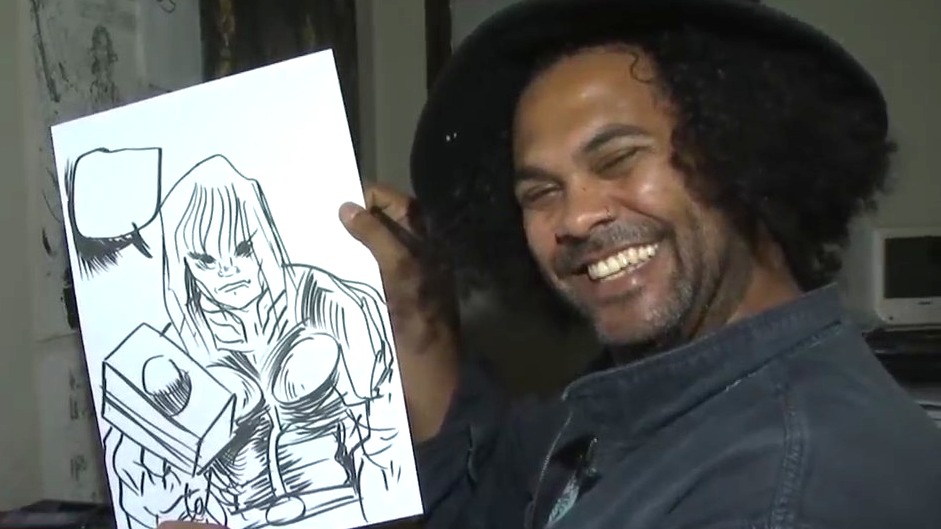 COLUMBUS (WCMH) – A man from Columbus is making a name for himself in the art community, and now many more around the world will be able to see his work.

Artist Bryan Moss, 40, has just landed a nationwide contract with Abrams Books as a designer.

Moss said it was not an easy journey to get to this point in his career and to celebrate this achievement he wants to be transparent with other emerging artists.

Moss said that growing up he didn’t have much, growing up very poor. Most of his childhood was spent at the Schiller Recreational Center.

It was at the recreation center that he met middle-class families – and where he learned to draw, paint, and other art skills for free. He realized that he liked to draw but did not yet fully understand the different levels of the art industry.

More and more popular: the artist shares his love of manga

Then he saw a comic for the first time. From there, everything changed.

â€œIt was like a Thor comic,â€ Moss said. “I was like, ‘What is this? I was kind of addicted.

From there, he learned at a young age the importance of bonding, asking questions, being curious and sharing his passions.

â€œI realized that art gave me access to another world that I wouldn’t have access to without it,â€ he said.

Moss said he owed a lot of gratitude to the mentors and connections he made in the art community, including the community that helped him with EightFold Path, an upcoming graphic novel for which he directed the art.

â€œIt’s a bit wild. It was a quick turnaround time, â€he said.

Moss originally had a year to complete the book, but the pandemic forced him to do so in six months. He said if it hadn’t been for the eight or nine people who helped him finish it, he wouldn’t have been happy with the overall product if he had done it on his own.

That’s why Moss encourages other artists looking to break into the industry to be open to collaborations. A perfect example is attending Cartoon Crossroads Columbus, which Moss says is the perfect place to talk to and learn from different artists.

Moss has said he will be releasing a second graphic novel soon, this one of his own.

If you’d like to meet Moss, he’ll be hosting an art exhibit the second week of March at the Columbus Museum of Art.