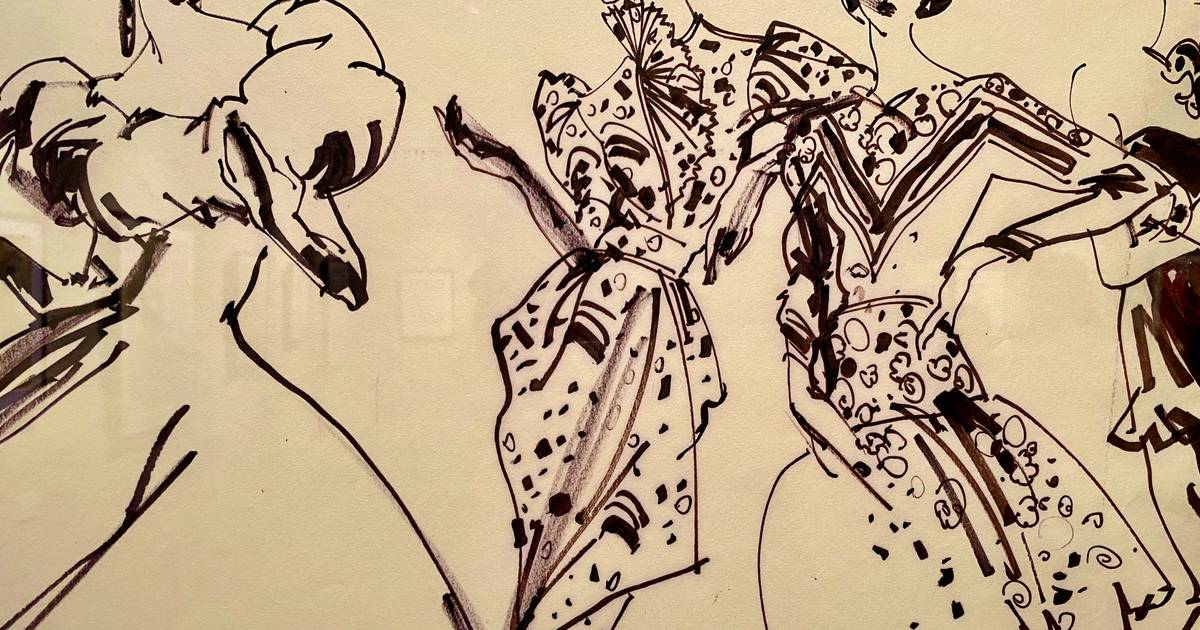 London-based fashion illustration gallery Gray MCA presented a capsule from its Drawing on Style 2021 exhibition in New York. Organized by the Didier Aaron gallery, as part of the Master Drawings New York event, and lasting only one week, the exhibition presents works by contemporary illustrators such as David Downton, Jason Brooks and Bil Donovan alongside great names from the past such as Antonio, Carl Erickson and René Gruau. The works span from the 1940s to the present day and, according to Connie Gray, co-founder of Gray MCA, “show the evolution of the genre as a discipline”. The mission of Gray MCA, which was founded fifteen years ago, is to show fashion illustration as an art and, indeed, the space it occupies within Master Drawings includes works by Rubens, Picasso and Goya.

“Fashion illustration, until recently, was almost on the back burner,” Gray told FashionUnited. “It had been slightly looked down upon because it was illustrative art, it was commissioned work, and for some reason people didn’t take it as seriously. But they are all the most fabulous, all published, highly admired and incredibly successful artists of their time.

But Gray helped fashion illustration shed its inferiority complex through shows such as Drawing on Style and the resulting media coverage in London art magazines and the fine art sections of newspapers. “We now have collectors from all over the world who have very large art collections and they’re adding fashion illustrations to it, and that’s exciting,” says Gray. “When you see an artist like René Gruau, for example, arrive at auction at Sotheby’s or Christie’s reaching figures between ten and fifty thousand, often more, that in itself places fashion illustration in a more recognized position.”

Whether exhibited in New York or Palm Beach, Drawing on Style’s works are all for sale, but it’s not always the gallery that draws valuable pieces to public attention. Some of Gray’s most exciting works were brought to him by people who inherited drawings from family members, uncertain of their value. “Some incredible 1950s Saks Fifth Avenue Bites that are just exquisite,” have recently been unearthed this way, Gray says. The gallery works closely with paper conservators at Victoria & Albert in London to lovingly restore them.

A traditionally male-dominated fashion illustration becomes much more inclusive. “It’s one of the best things I see,” Gray said. “Gladys Perint Palmer, who’s on this show, was probably one of the first in the 20th century to really break the mould, and while other female illustrators were working, fashion was usually drawn by men and worn by women. Now there are so many female fashion illustrators, and great ones, it’s a very equal discipline now for everyone.

Fashion editor Jackie Mallon is also an educator and author of Silk for the Feed Dogs, a novel set in the international fashion industry.

A “progressive” state must protect consumers | My opinion