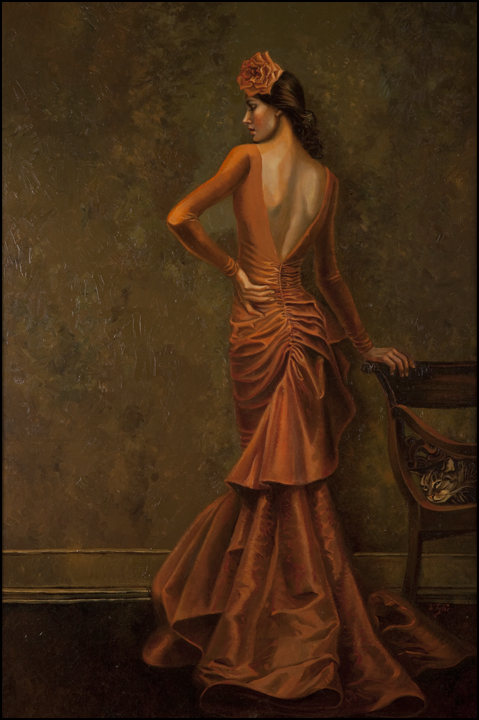 â€œIt’s important to evolve over time and find the audience for your work. I look forward to showcasing my latest collection of fashion-inspired oil paintings titled â€œPOSEâ€ in the upcoming Artexpo / Solo in 2014, â€Ahlfield said.

Although radically different in terms of medium, size, design and impact, “POSE” incorporates some key elements of fashion illustration – dramatic pose, elongated figures, “romance” of fabric and beautiful, fashionable models. – and then pursues them in this new mode of artistic expression.

â€œIt’s important to evolve over time and find the audience for your work. I look forward to showcasing my latest collection of fashion-inspired oil paintings – titled â€œPOSEâ€ – at the upcoming Artexpo in 2014, â€said Barbara Tyler Ahlfield.

Retail fashion illustration has evolved from seasonal fashion designs used for print advertising into a stand-alone art form in the modern art world. For the past seventy-five years, newspapers and magazines have displayed hand-drawn illustrations for promotional clothing made by top fashion designers as well as moderately priced fashion items in department stores. All of the department stores contained their own advertising services with several in-house fashion illustrators.

Retail fashion illustration was once a “destination occupation” that required experience, talent and skill to deliver a beautiful work of art that could also sell merchandise. With the demise of brick and mortar retail and the rise of digital art, traditional fashion art has sought new avenues of expression.

For more information on Barbara Tyler Ahlfield and her illustrations, please visit: http://www.fashionillustrationandmore.com/.

Barbara started drawing at the age of two and quickly decorated the walls of her bedroom with fashion pencil drawings. As a child, she was fascinated by the glamorous fashion she saw in old black and white films on television as well as the formal portraits she studied during children’s classes at the Rochester Memorial Art Gallery. After college, she united her loves for art and fashion in a career that spanned 30 years as one of the country’s leading award-winning retail fashion illustrators.

The Archive of Her Illustrations is one of the few collections of American fashion illustrations in existence over the past quarter-century and offers a retrospective of the evolution of American woman’s sense of style as well as the evolution of styles. illustration. Every day, her full-page illustrations appeared in many major newspapers across the country, including the New York Times, Chicago Sun Times, Washington Post, Philadelphia Inquirer, and more. showcasing the best American fashion designers for American department stores such as Lord and Taylor, Nordstrom, Dillards, John Wannamaker and many more. For more information, please visit: http://www.fashionillustrationandmore.com/.

Share the article on social media or by email: