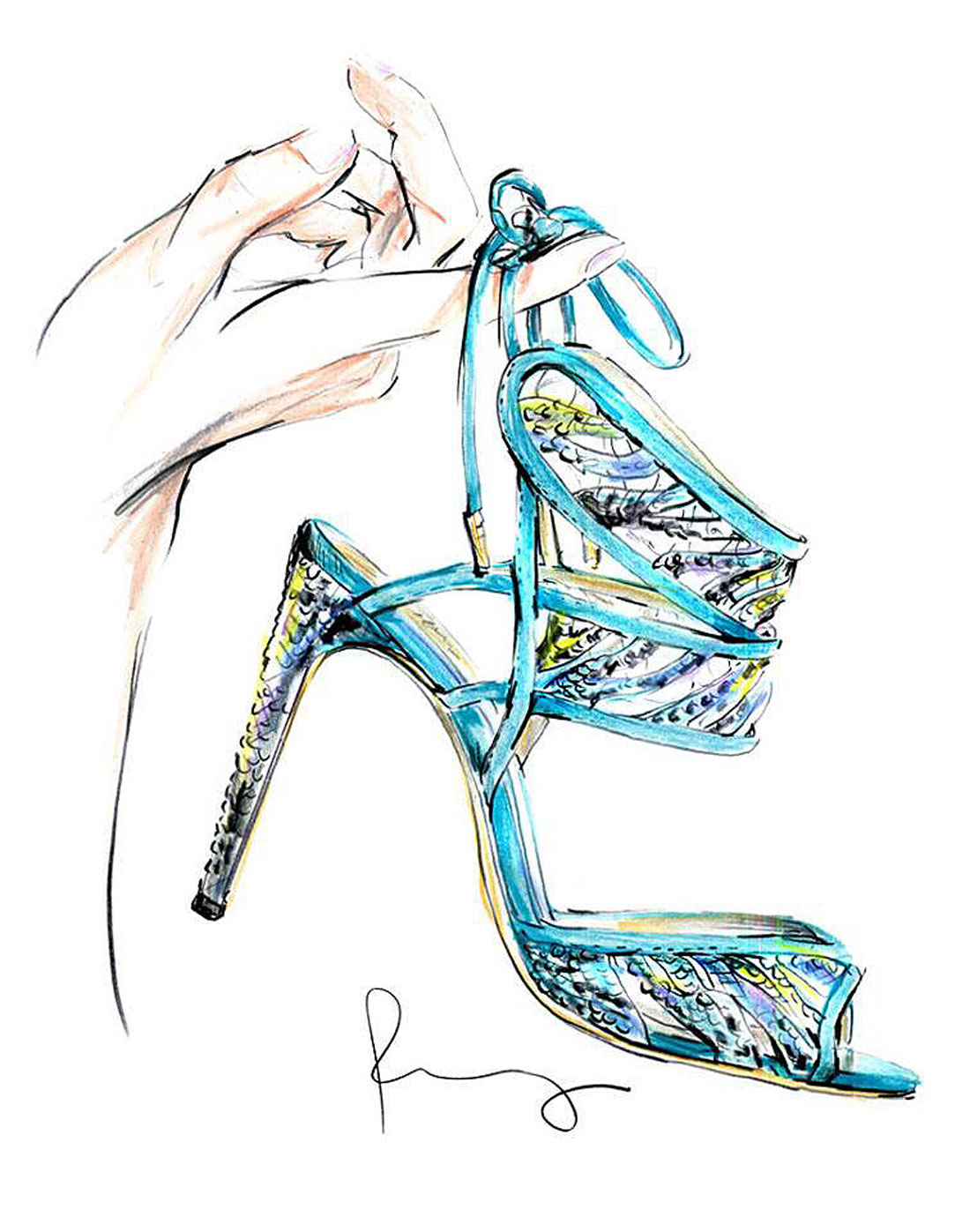 Fashion illustration: walking the line between art and craft

native of chicago Rosemary Fanti is one of a handful of full-time fashion illustrators. She said fashion illustration had gone from being a staple of fashion in the 1950s to declining in popularity in the 1960s to recently become a niche art.

â€œIt’s keeping individuality alive, and I think that sometimes gets lost in our world. We are becoming cookie cutters and worrying about what our friends think and say about us on social media, so a personalized illustration or something that is created for you is unusual these days, â€Fanti said. “I think people, once they see it, they start to cherish it.”

Fanti knew she wanted to design clothes for a living when she made doll clothes with her mother as a child. She illustrated for Neiman Marcus and Saks Fifth Avenue.

“[Fashion illustration] took on a different audience and a different need, â€Fanti said. “Which was more of a necessity, because everything was illustrated before the 1960s, now it’s kind of a niche.”

â€œIt allowed anyone to record anything anywhere, and it really changed the industry a lot,â€ Cheri said. “But these things can only record what you can see, and they don’t really record the tone, attitude, and personality which is more intrinsic than what you can see.”

Cheri learned fashion illustration at the Illinois Institute of Art and founded the Society of Chicago Fashion Illustrators as a student. Today, SOCFI has over 300 members around the world who attend guest speaker events, participate in skills workshops and discuss design.

Cheri hopes that creating a community to connect illustrators will help them create platforms and work opportunities, especially since the purpose of fashion illustration has changed so much.

â€œIt’s gone from something that was originally completely utility-based to something that is completely artistically expressive. It’s still useful now, it’s still a technical concept art form, but it’s taken on a whole new life that’s never had since returning. It’s an expressive thing now, it’s an art form.

As a SOCFI member, Fanti credits emerging technologies and social media for connecting illustrators around the world, but she said too much technology in illustration classes is a problem.

â€œI see the computer and Photoshop as another tool,â€ Fanti said, â€œBut unfortunately I think schools are just dependent on that, so in other words, it becomes the only tool.â€

â€œWhen I learned to draw I was taught by old school teachers. I was taught the way they were taught in the Renaissance, in a very specific mathematical way, to teach someone the practical parts of how to draw, â€Fanti said,â€œ And then from there, the artist comes out.

Miller said that although SAIC has digital and computer illustration teachers, he is a studio teacher and teaches students to draw by hand. Miller’s classes are often a mix of animators, painters, and fashion designers, forcing him to work one-on-one with his illustration students.

â€œOnce they get the basic facts, I encourage students to go their own way and supervise them more individually,â€ Miller said. â€œI don’t teach them a style of work or make them work in a certain way.

â€œThe bottom line with fashion is that it’s a product, and the product has to be sold. It is not an art. Now you can have fine art related to fashion, â€Miller said,â€œ But the bottom line is everyone wants to sell. No one wants a closet full of their stuff that they couldn’t sell, so retail is the primary motivation and raison d’Ãªtre of fashion illustration. It always has been and always will be.

Miller said that despite this, students should start drawing before fashion.

For full-time fashion illustrators like Fanti, her job is more to create a life out of her passion.

â€œI straddle the meaning between illustration and fine art a bit. It’s a bit like mixing the two, with fashion dotted around. It’s almost like the New Impressionists, â€Fanti said. “What I’m telling people is if you want something literal, take a selfie.”