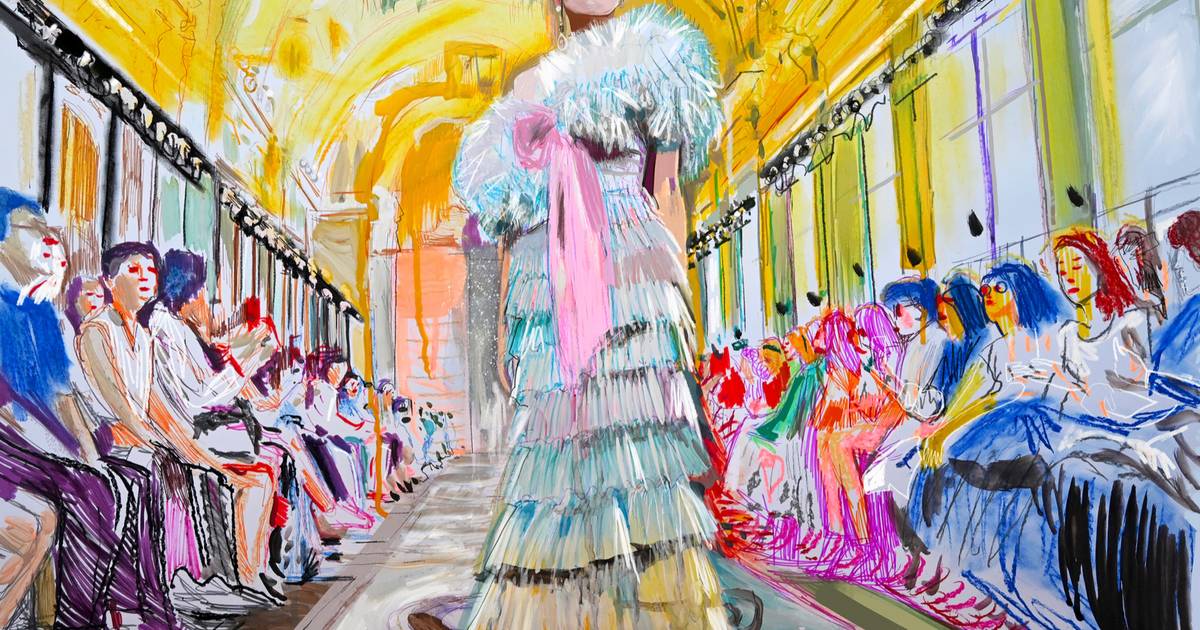 The winners of the 5th Fashion Illustration and Drawing Awards (Fida) were announced live on Instagram on Friday by the organization’s co-founder, Patrick Morgan, from among more than 1,000 entries from around the world. “You never know what the judges are going to select,” Morgan joked, “but, unlike the Oscars, nobody can punch me.”

Judge, Kajsa Leanderson, founder of Agent & Artists, a Paris-based illustrator agency, knew exactly what she was looking for: “Work that stands out for its simplicity, engaging illustrations that let your imagination run wild. “

Fida was created with the aim of promoting best practices among fashion illustrators and artists, building community and providing opportunities for artists. This year’s judges represent the breadth of interest in fashion illustration now. On the panel were Biba founder and admired illustrator, Barbara Hulanicki OBE; Aurelia Islimye, CEO of Bleur, a London-based contemporary art gallery championing emerging voices; Eric Delacourt of Acid Gallery in Lille, France; as well as professional illustrators Poppy Waddliove; Hossein Borojeni and Margot Van Huijkelom whose clients include Vogue, Louis Vuitton, Dior and Chanel to name a few. Each category winner wins a feature in the Fible (Fida’s Fashion Illustration Bible) and receives a one-year Fida membership, while the overall winner also takes home £2,000.

For this year’s awards, there were 5 categories: Artistic, Poetic, Historical, Platonic and Animatic. The art award welcomed entries from artists using traditional methods of fashion illustration and the judges were looking for examples of best practice. Tracey Smith won for her painting of a seated figure looking directly at the viewer in which the judges discerned “beautiful, joyful technique and apparent freedom in brushwork and mark-making”.

The Poetic Award recognized the narrative richness of an image and was open to artists using mixed media, combining traditional methods and new technologies. The winner was Natasa Kekanovic who impressed the judges with her captivating use of color and technique that evoked a woodcut or Fauvist effect that looked quirky and fresh.

The historic award documented a fashion moment from the past or present, perhaps a backstage image or a capture from a beloved fashion show, that allowed modern audiences to imagine the time, place and the atmosphere. Category winner Katarina Holkova spoke of the unique energy of the runway experience in her submission, which one judge described as “an incredible piece that feels both historic and contemporary.” A real fashion moment. I love the hyper-realistic model juxtaposed with the light touch rendering of the audience, how it directs the eye to the moment, the sense of the story unfolding. Really clever. Holkova also won this year’s overall award.

The Animatic Award was open to creatives who use moving images and film in their work, displaying a real understanding of timing and motion and all filmmaking techniques can be used, from stop motion to classic filmmaking with technologies such as Photoshop, iPad, Procreate, mixed reality or even CGI. “There’s going to be a big move in this space going forward,” Morgan predicted. Ruth Froehlich won for her clear understanding of shoe design coupled with a strong sense of identity and voice and advanced use of mixed media.

The Platonic Award honored creative collaboration, reflecting the spirit of contemporary fashion and representing the benefits of working together. “It’s very professional and stands out as second to none,” was the verdict of winner Dana Toder’s piece.

Joanna Layla, industry illustrator and judge, had this to say about the range of talent on display: “It’s beautiful to see the myriad interpretations of a theme and how fashion illustration can project clothing and fashion in a new light. I think there are particular artists who stand out because their voice brings a unique narrative to the page, a side step from photography into a powerful new visual language.

Savannah College of Art and Design tops for fashion illustration

For the first time, Fida created a student section for each award and SCAD was successful in winning two of the awards. Yinan Mao’s subtly twisted portrayal won the Platonic Award, and Jinghan Zong’s plot, color scheme and beautiful image composition won the Poetics category.

From Goldsmiths University in London, Zhenya Stoyanova won the Historical category for her striking portrait inspired by Richard Avedon with a powerful and skillful rendering. Mark and detail of the University of Texas’ Dama Risharo submission won the art award, and Harry Jones was recognized for the level of drama and sensational impact of his entry in the Animatic section.

If you want a new home soon, get ready to pay off your student loan now