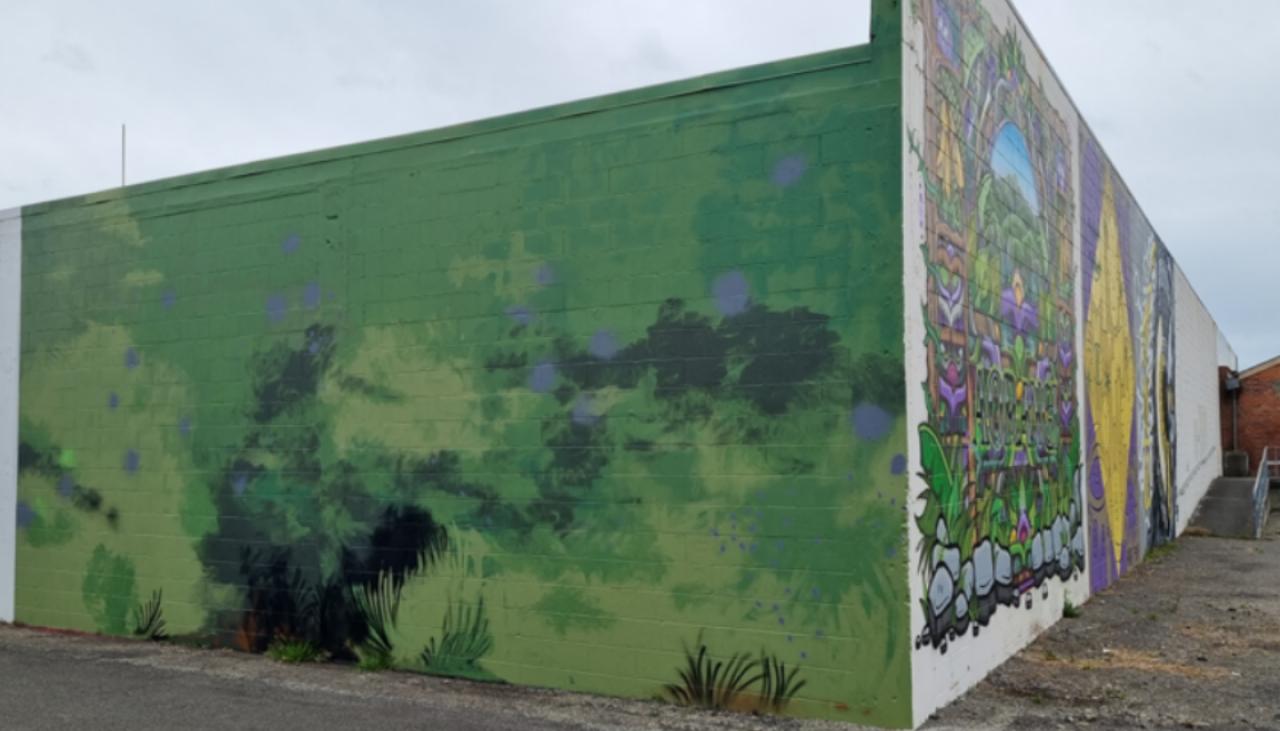 A month later, when the Ball family became aware of the mural, they contacted the council saying that permission had not been given for Russell to proceed with his design.

Alterations were made to the mural, but Gareth Ball reiterated to council that the family were unhappy with the mural and wanted it removed.

“Never mind that he made changes. We still don’t like him and don’t want him there… The fact that Mr Russell ignored our views and went after this is completely unacceptable.”

Gareth Ball demanded an explanation from Russell, who he said had avoided contact, and the council.

The Council’s community chief executive, Lyn Daly, responded with an apology, saying Russell told festival organizers he had the family’s permission, which he did not.

“We will get in touch at some point and want to make sure he learns the seriousness of the misrepresentation and lack of consent as a result of this experience.”

She suggested that other changes could be made to the mural or that it could be painted. Gareth Ball asked for the latter. This happened the next day, March 19.

The letter said the street art festival task force had seen correspondence between Russell and the Ball family, including where he said he would not go ahead with the work.

“So we were somewhat surprised to find that even though you had told the Ball family that, you still went ahead and painted the mural.

“While acknowledging the immense talent you possess, it is unfortunate that the task force had no choice but to cover your work to appease the Ball family’s claim.”

Also on March 22, the council issued a press release stating that the mural had been removed.

“The festival organizers were under the impression that the correct permissions had been obtained, but that was not the case and the mural was therefore in violation of copyright,” he said.

The statement said the festival, where other murals were also unveiled, received $26,000 from Creative New Zealand and $10,000 from the council.

The following day, Daly told RNZ’s Checkpoint that the mural had been painted because the copyright owner, the Ball family, had not given permission.

“Certainly, as organizers, we should have asked for a written and signed authorization before giving the green light to the artist.”

Daly told RNZ this week that Russell had “verbally confirmed” he had clearance from the Ball family for the design before signing and returning his contract.

The artists for the festival were selected by the working group, which included representatives from the council and the arts society.

Gareth Ball said his family discovered the mural when a message appeared on a Footrot Flats fan webpage.

“We were very surprised and I immediately tried to contact Ephraim. There was no response,” he said.

“As a young artist, he may have just been unaware of the protocols surrounding the use of other artists’ intellectual property. [intellectual property] and the last thing we would want is for him to be discouraged or otherwise impacted by this event.”

Gareth Ball said the family were regularly approached by people who had ideas about the use of Murray Ball’s work.

“The first and only thing we consider is, ‘What would Murray say?’

“If we were to approve such a project, we would insist on an agreement that would prevent the work from being used in any other way. It would be easy for an artist to claim ownership of their work and seek to reproduce it, or to capitalize on without such a contract in place.”

The council apologized and the Ball family had a good relationship with him.

Gareth Ball said he spoke to Manawatū District Mayor Helen Worboys and would be delighted to see his father’s work continue to be celebrated in Feilding.

Two years ago, a small street bears his name; Feilding had used Footrot Flats as the theme for his annual farm day; and a Welcome to Feilding sign showed Dog resting on the back of a sheep.

The mural was on a wall in Eyre Street in central Feilding.