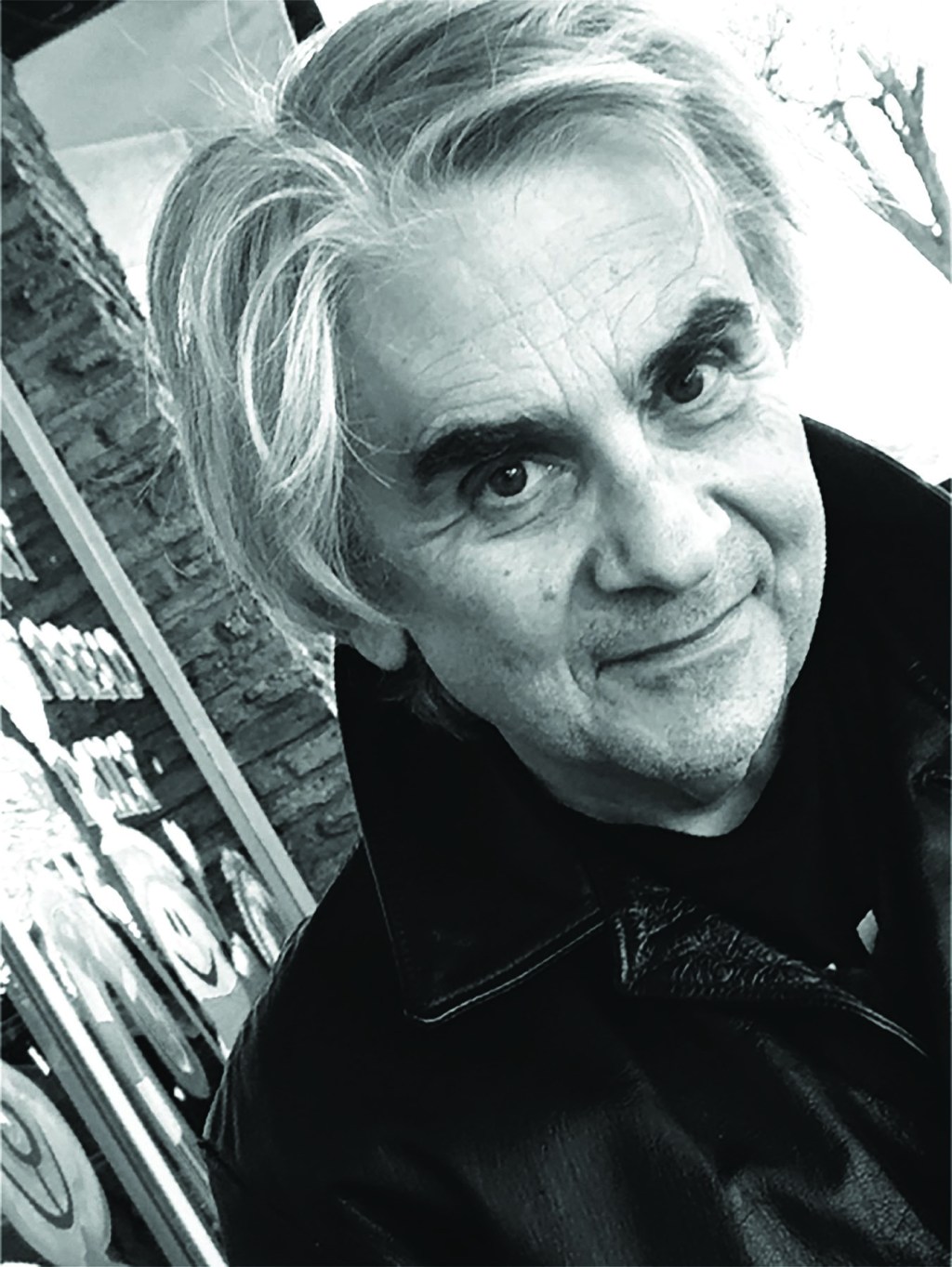 During his 11 years as artistic director, James Spina has said that he “basically clings to life” because he is “surrounded by this incredible flock of incredible illustrators”.

From her perspective, the heyday of fashion illustration at WWD began in the late 1960s and continued into the mid-1980s, with a solid peak occurring during her tenure as as artistic director. But the ultimate credit for those glory days should go to former WWD editor and editorial director John B. Fairchild, who had the vision and foresight, according to Spina.

Originally hired as a copy boy at WWD in 1974, he was appointed artistic director three years later. Spina oversaw WWD’s art department until 1990 before moving to other roles at Fairchild until he left the media company in 1993. Spina said he joined WWD “at one point. where the illustration was really the way womens clothing and, to some extent, W, stayed in addition to the incredible changes that were happening in fashion.

From the start he got into the race, as WWD produced 230-page issues, rich in illustrations and with a fair amount of photographs. â€œThat was really the heart of fashion reporting, except when we were on the cover of the show. Most of the reporting and the tracing of trends were carried out using illustrations. Illustrators would go into the market to sketch in designers’ design offices and the clothes would arrive in what illustrators would ‘sketch’, as they called it, and later sketch in finalized pages for Women’s Wear Daily, â€a he declared. “It was amazing.”

By the time he left, or “was pushed out the door, illustration, whether rightly or wrongly, was declining as fashion photography really skyrocketed.” He had an immediacy. The market was responding really well to photography. Many in the field haven’t realized how much illustration has not only improved, but in fact inspired in some ways even more than photography, â€Spina said.

Kenneth Paul Block and Catherine Clayton Purnell were among “the incredible array of illustrators” working at WWD at the time. Two years before Spina joined the company as a copier, Calvin Klein had briefly held the same position. Earning $ 89 per week, Spina began writing, particularly music reviews, as he was trained as a rock writer and music critic.

After gaining a taste for the design elements of WWD and launching W as a large format publication, art director Rudy Millendorf asked Spina in late 1974 if he would like to do a few pages for WWD and W as a graphic designer. Although he has no experience in this area, he took the plunge and enjoyed it. â€œShocking enoughâ€ when his mentor Millendorf retired in 1977, John Fairchild asked Spina if he would like to become an art director. During her tenure, Spina experienced the climax of having a very large department with four model makers, and always at least nine fashion illustrators.

One of Spina’s hires was Steven Meisel, who joined WWD as an illustrator right out of school. Frustrated with some of the photographs used for “Best of New York,” Spina asked Meisel, who had started to delve into photography, to take some photographs for it. â€œHe borrowed my Exakta camera and took half of the best photos in New York City while he was still an illustrator,â€ Spina said.

Charles Boone, and possibly Robert Young, were some of Spina’s other rookies. Robert Passantino, Block, Steven Stipelman, Pedro Barrios and Purnell were already in the lineup. â€œThe talent just shone. Brilliant, â€Spina said. â€œThere came a time when Mr. Fairchild seemed to turn away from illustrators and really took a liking to photography. Not to my dismay, but I was a true champion of illustrators. I still am, “he said.” I love fashion photography and where it takes our culture and embraces it. There is really something about illustration that takes the reality of what it is. is the garment, or the shoes, or the fashion and in an amazing way, she enhances it with a dreamlike fancy quality. It really gives the reader almost [the] the inspiration to think not only of what is illustrated, but of what can be.

Looking back before WWD had a full-time team of fashion illustrators back when Vanity Fair and Vogue had illustrations on their covers, those designs were “thefts of the imagination,” Spina said. The same could be said at WWD. â€œAt Women’s Wear in the ’70s and’ 80s, the flights of the imagination that took place daily, and every two weeks in Wâ€¦ whether it was Passantino, Stipelman or Kenneth, it was just amazing.

And they all got along wonderfully, inspiring each other and turning to look at each other’s illustrations throughout the day, according to Spina. When designers periodically sent their small designs to sketch, an illustrator, Steven Cervantes, would put them on his clothes to model for Block. Spina said, â€œThis soft piece of clothing would suddenly become a glowing style statement. There was much less competition between these illustrators than there was between the five or six photographers on the staff. It didn’t mean that the staff photographers were fighting against each other, but they were much more competitive in their ambitions than the confidence that the illustrators showed, â€said Spina.

While working as a graphic layout editor, he saw first-hand the great care illustrators took in understanding the page setups and media that could be delivered correctly in a print setup. Before computers were the norm, sketches had to be prepared for about an hour and a screen cut off for it. â€œThese amazing artists would partner with you and some of these sketches, for example, would be done on a Wednesday and appear on a Thursday. Someone like Passantino would give me 12 illustrations for a section in Women’s Wear Daily. I put them on in about two or three hours, and two days later they appeared on 11 or 12 pages in Women’s Wear Daily. These are our more than 230 problems that I am talking about, â€Spina said.

Wednesday’s fabric day was a “huge” WWD and Friday’s had beauty and scent, and sometimes the props in a two-day run “were full of amazing illustrations,” Spina said.

In addition to WWD, similar storylines with incredible illustrations were happening on the upper floors with sister publications Daily News Record and Footwear News. As to whether fashion illustration will ever show signs of the power and glory that it once was, the former art director said: “It would certainly be good if a direction towards her was pursued in a stronger way.” . Whether through digital communication or in a new sense or horizon for what fashion and style magazines will be. I think there is a complementary point, which should be at the center of fashion photography and fashion illustration. It would make me so happy to see something like this happen.

Now editor of 20/20 magazine, Spina says there is a resurgence of fashion illustration “in a very light and defined way” in eyewear and sunglasses merchandising and advertising. , did he declare. â€œI would like this to be part of some kind of renaissance as style and fashion maybe come back in what we would now create as our new normal in this world of fashion and the world of style as it is. could, and maybe should, be, â€Spina said.

After changing jobs at WWD in 1990, he started working for another Fairchild publication, Sportstyle, and then helped develop Golf Pro. Deciding later to deepen her original career choice as a writer and editor, Spina left Fairchild, worked as a freelance for a few years, and joined 20/20 magazine in 1995.

While on assignment in Los Angeles for WWD, he met his future wife Kristen, who also worked at Fairchild. Thinking back to his WWD days, Spina emphasized how sensitive he was to the multitude of talent in the fashion illustration department. “Thinking of them now – [Robert] Passantino and Pedro [Barrios] and at the top is Kenneth Paul Block. Steven Stipelman gives classes for illustrators and then these illustrators come and show me their portfolios and see the impact this guy has had on them as a teacher – oh boy – what an amazing, amazing time, â€he said. he declares.