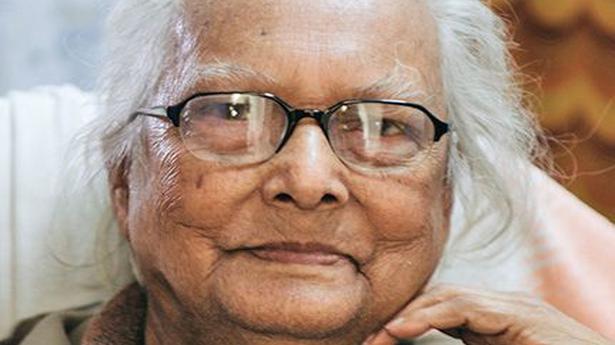 Legendary cartoonist and illustrator Narayan Debnath has passed away

He was the creator of some of the immortal cartoon characters for Bengali readers such as Bantul the Great, Handa Bhonda and Nonte Fonte.

Legendary cartoonist, illustrator and renowned writer Narayan Debnath died in Kolkata on Tuesday, January 18, 2022. He was 96 years old and had been undergoing treatment at a private hospital in the city for a few weeks.

Debnath has been the creator of some immortal cartoon characters for Bengali readers such as Bantul the Great, Handa Bhonda, Nonte Fonte who have inspired not only children but generations of Bengalis. His comics have become cult for almost six decades.

The cartoonist was honored with the Sahitya Akademi Prize in 2013 and the Padma Shri in 2021.

Chief Minister Mamata Banerjee expressed his condolences over the passing of the cartoonist. “We were proud to bestow upon him Bengal’s highest honor Banga Bibhusan in 2013. His passing is certainly an immeasurable loss to the world of literary creativity and comics. My deepest condolences to his family, friends, readers and countless fans and followers,” Ms. Banerjee tweeted.

Opposition leader Suvendu Adhikari also expressed his condolences on social media: “His legacy will always be cherished by children and adults. Condolences to the family and countless admirers. Om Shanthi.

Mayor of Kolkata Municipal Corporation, Firhad Hakim, said the dead body of the cartoonist will be taken to his residence at Shibpur in Howrah district, where the final rites will be performed.

Debnath was born in 1925 in Shibpur and trained at the Government Art College. He was drawn to the visual arts and first designed jewelry in his father’s shop before creating the immortal cartoon characters.

The cartoonist and illustrator’s journey began with Handa Bhonda (1962) – the antics of two friends constantly trying to shoot each other. This comic spanned over five decades and is considered the oldest by an individual artist.

Among his other immortal creations are Batul le Grand (1965) – a superhero dressed in a waistcoat and shorts and the antics of fellow boarders Nonte Fonte (1969).

“He gave joy and inspiration to generations of children in Bengal through his cartoon characters. His death is a loss for Bengali literature and especially children’s literature,” famous painter Shuvaprasanna said. Artists and painters have also called for the preservation of Debnath comics.