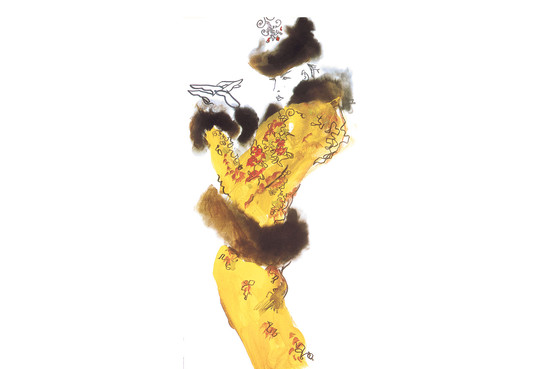 In today’s world saturated with photos, fashion illustration has become a lost art. â€œMasters of Fashion Illustrationâ€ (Laurence King, $ 30), by David Downton, examines the work of some of the best-known runway artists of the 20th century. In the early decades of the 1900s, illustrators were in high demand by a growing universe of fashion magazines, as well as advertisers. JC Leyendecker’s Arrow Collar Man, for its part, has become a famous style icon. ErtÃ© designed 240 covers for Harper’s Bazaar from the 1910s to the 1930s, in addition to doing fashion and set design.

Times got tougher after the 1940s when photography began to dominate fashion magazines. But for a few bubbly generations, these artists lived the good life: “suites at the Crillon or the Ritz, first-class travel,” writes Mr. Downton, who is also a fashion illustrator. “It’s all pretty much gone now.”

Bernard Blossac has worked for several French magazines, sometimes sketching out pieces for fashion shows in a few rushed minutes behind the scenes. His design (circa 1947) focuses on clothing, with minimal background detail.

Mr Downton says he’s aiming for a drawing that “looks like it just happened” – and sometimes it can take dozens of manual work. Model Lily Cole backstage at Christian Lacroix in 2005, commissioned by Vogue China.

Tom Keogh has had a varied career as a painter, book illustrator and designer for ballet, film and theater. His illustrations for French Vogue in the late 1940s and early 1950s (pictured, a Mad Carpentier coat) had pops of bright color.

An eye for fashion illustration