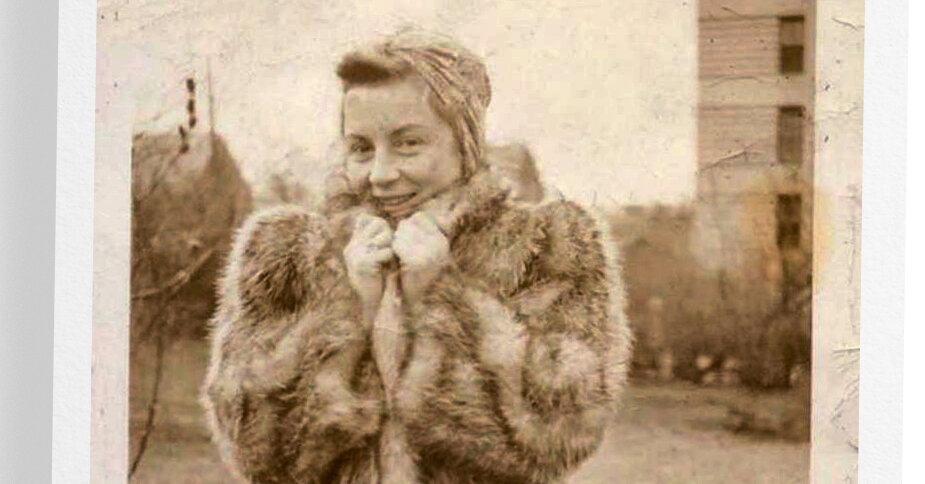 This article is part of Overlooked, a series of obituaries of notable people whose deaths, beginning in 1851, went unreported in The Times.

In the mid-1920s, Harold Ross, the founder of a new magazine called The New Yorker, was looking for cartoonists who could create sardonic, intellectual illustrations accompanied by witty captions that would function as social critiques.

He found this talent in Barbara Shermund.

For about two decades, until the 1940s, Shermund helped Ross and his first art editor, Rea Irvin, achieve their vision by contributing nearly 600 cartoons and sassy captions with a fresh, feminist voice.

His cartoons commented on life with wit, intelligence and irony, using female characters who critiqued the patriarchy and celebrated speakeasy, cafes, brave women and hobbies. They spoke directly to the fighter women of the time who defied convention with a new sense of political, social and economic independence.

“Shermund’s women expressed their opinion on sex, marriage and society; smoked cigarettes and drank; and made fun of everything at a time when it was not common to see young women doing it,” Caitlin A. McGurk wrote in 2020 for the Art Students League.

In a cartoon by Shermund, published in The New Yorker in 1928, two desperate women sit and talk on sofas. “Yeah,” said one, “I guess the best thing to do is get married and forget about love.”

“While for many the idea of ​​a New York cartoon conjures up a dry, brainy non-sequence – often more alienating than familiar – Shermund’s cartoons are the antithesis,” wrote McGurk, associate curator and professor assistant to Billy Ireland of Ohio State University. Comic book library and museum. “They talk about human nature, relationships, youth and age.” (McGurk is writing a book on Shermund.)

And yet, in the 1940s and 1950s, as post-war America focused on domestic life, Shermund’s feminist voice and cool critique of society fell into disuse. His last cartoon appeared in The New Yorker in 1944, and much of his life and career thereafter remains unclear. No major newspaper wrote about his death in 1978 – the New York Times was then on strike, along with the Daily News and the New York Post – and his ashes lay in a New Jersey funeral home for nearly 35 years until ‘until they are claimed by a descendant looking for information about her.

Barbara Shermund was born on June 26, 1899 in San Francisco. His father, Henry Shermund, was an architect; his mother, Fredda Cool, a sculptor. Barbara showed a talent for illustration at a young age, and her parents encouraged her to explore her passion. She published her first cartoon at the age of 8, in the children’s section of the San Francisco Chronicle.

Shermund’s mother died in 1918 during the Spanish flu pandemic. A few years later, her father married a woman 31 years his junior and eight years younger than Barbara. As her father and his new wife started their own family, Barbara became estranged from them.

She attended the California School of Fine Arts (now the San Francisco Art Institute) to study printmaking and painting and regularly won awards.

She moved to New York in her mid-twenties to seek an independent life while pursuing her artistic ambitions, finding work creating covers, cartoons and illustrations for magazines like Esquire, Life and Collier’s.

It is believed that she met Harold Ross and Rea Irvin through mutual connections from her studies and in the magazine industry. His contributions to The New Yorker included approximately nine cover illustrations as well as spot illustrations and sectional mastheads that helped set the magazine’s visual tone.

His perspective was influenced by its intersection with deep historical moments: in addition to surviving the Spanish flu pandemic, Shermund lived through World War I and the suffrage movement.

One of his cartoons from the 1920s, after women won the right to vote, depicted two men in tuxedos smoking by a large fireplace, one of them saying in the caption, “Well, I guess women are just human beings, after all.”

In 1943, Esquire magazine sent Shermund to the Hollywood set of the musical “Du Barry Was a Lady” to draw actresses playing in an “I Love an Esquire Girl” sequence. She also created a promotional poster for the film, featuring Red Skelton and Lucille Ball.

She also took advertising commissions at a time when women were rare in this industry, illustrating advertisements for companies like Pepsi-Cola, Ponds, Philips 66 and Frigidaire.

From about 1944 to 1957, she produced “Shermund’s Sallies”, a syndicated cartoon panel for Pictorial Review, the arts and entertainment section of Hearst’s many Sunday newspapers.

Shermund spent her final years sketching at her home in Sea Bright, NJ, and swimming at a nearby beach. She died on September 9, 1978 in a nursing home in Middletown, NJ

In 2011, a niece, Amanda Gormley, decided to research her family history and was surprised to find that Shermund’s ashes had not been claimed at a New Jersey funeral home since 1978.

In May 2019, Gormley raised money through a GoFundMe campaign and, with input from many artists and cartoonists, ensured that Shermund’s ashes were buried next to his mother’s grave in San Francisco.

“The women she drew and the captions she wrote showed us women who weren’t afraid to make fun of men and showed us what it was really like to be a woman,” said said Liza Donnelly, cartoonist and writer at The New Yorker. in an interview. “Shermund’s women had humor and courage, just like what I imagine the artist had herself.”

Perhaps one of Shermund’s most striking pieces is indicative of his irreverent and fearless spirit in life: a young girl sits on the lap of a father figure and says, “Please tell me a story where the bad girl wins!”

How the war in Ukraine is affecting many financial industries