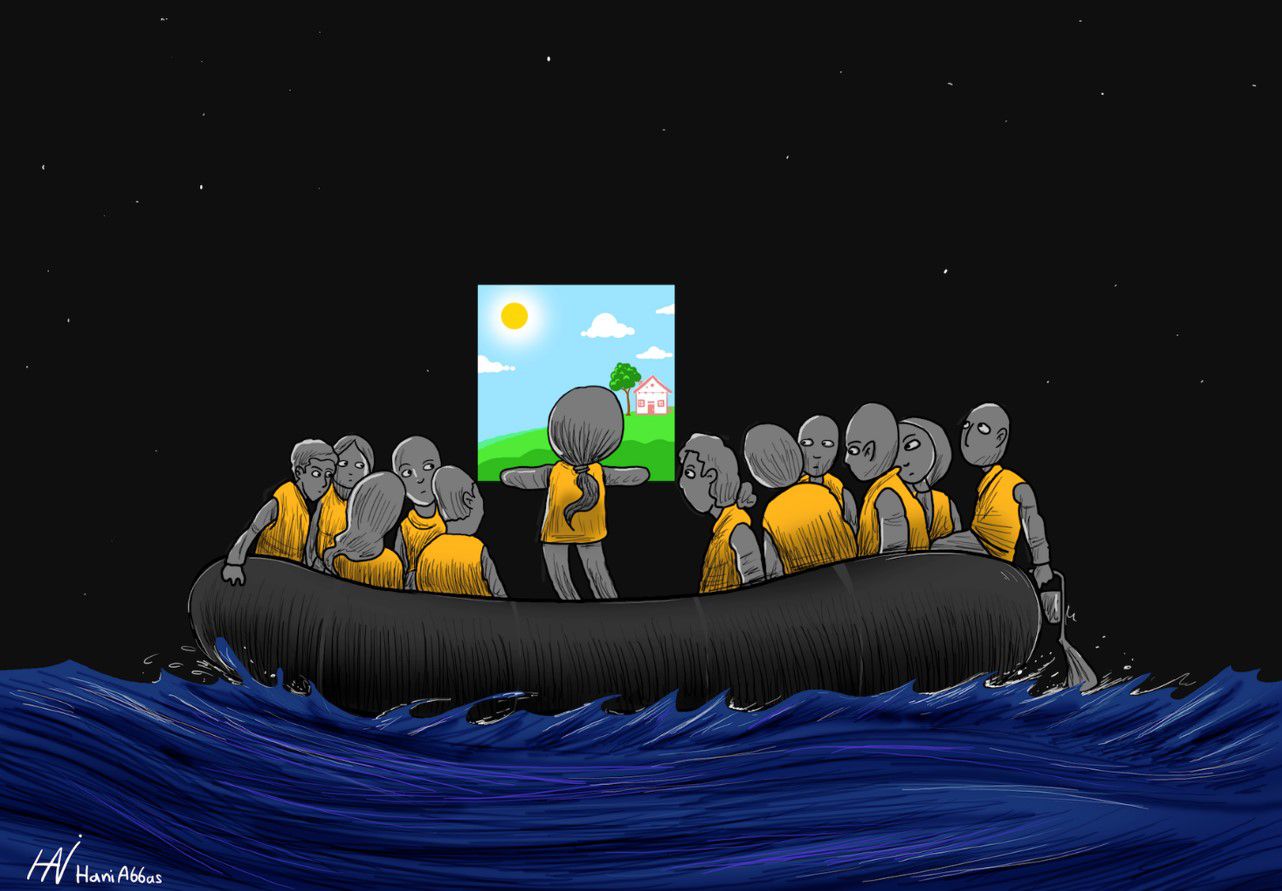 To mark the 70th anniversary of the United Nations Refugee Convention and the establishment of UNHCR, the United Nations refugee agency, the organization sells a collection of 70 non-fungible works of art (NFT) by the cartoonist Syro -palestinian Hani Abbas.

The original crypto works are being sold for 0.7 Ethereum ($ 3,177) and 87.5% of the proceeds from the sale will go directly to the refugee cause, net of natural costs and platform fees. Profits will be used to protect and support people forced to flee their homes in Afghanistan and neighboring countries.

The plays explore the themes of injustice, loss and the human cost of conflict by offering a look at the â€œwindows to the heartsâ€ of refugees, explains The Swiss Foundation for UNHCR, the agency’s national partner in the country.

“I have no experience in this area – I just do drawings! But every designer wants their work to be seen, and I support these new ideas. Anything that will help people and explain the difficult conditions and problems they are facing. are facing, and allow other people to support them, â€Abbas said of the initiative.

You can see Abbas’ complete collection of crypto artwork here.

Abbas, 44, is a Syrian-Palestinian cartoonist. He was born in the Palestinian refugee camp of Yarmouk, near Damascus in Syria, in 1977. In 2012, Abbas was forced to flee Syria with his family, seeking asylum in Switzerland, where he is now settled. His cartoon works are regularly published in international publications around the world.