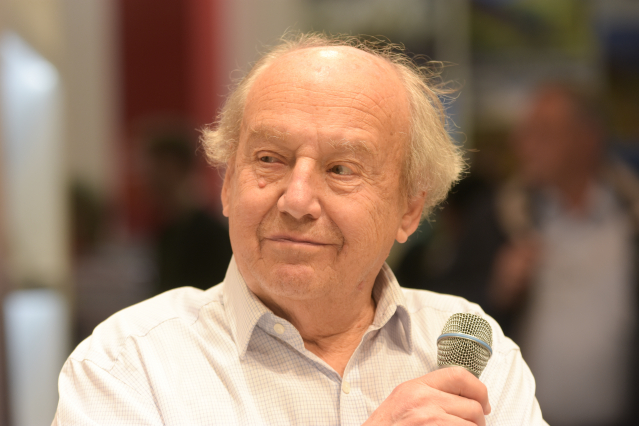 Jean-Claude Mézières, cartoonist and co-creator of the French graphic series Valérian et Lauréline, and who inspired director George Lucas in his iconic Star Wars film franchise, has died at the age of 83.

The artist died on the night of Saturday January 22, announced his publishing house Dargaud editions.

The press release read: “His high standards, his energy, his strong personality, his benevolence, his simplicity, his joie de vivre [and] his curiosity makes him a precious and deeply endearing person.

The Valérian et Lauréline series, which Mr. Mézières co-created with his friend Pierre Christin in 1966, was considered one of the best works of French science fiction.

Mr. Mézières and Mr. Christin met in an apartment building cellar in 1944, where they were both hiding with their parents in an attempt to escape the German aerial bombardment of Paris during World War II.

Mr. Mézières would later become known for his innovative style, and his drawings of vegetation, Baroque architecture, strange characters and animals, which would later inspire the filmmakers of George Lucas (Star Wars) [not credited] to Luc Besson (The Fifth Element) [credited in particular for the flying taxis and decors]..

Mr. Besson will also adapt Valérian and Lauréline to the cinema. Mr. Mézières approved the adaptation, saying that “Luc Besson’s Valérian is very similar to mine”.

However, Mr. Mézières was less sensitive to Mr. Lucas’ behavior after he wrote to Mr. Lucas and received no response when Mr. Lucas said he devoured the Valerian series.

Of the parts of Star Wars that seemed to have been inspired by his work, Mr. Mézières said: “When you borrow your friend’s car, you bring it back with a full tank of gas and return the keys. Corn [Lucas] did not refill the tank or return the keys.

He also made this picture:

Mr. Lucas would also have been inspired by the work of other French artists, including Philippe Druillet, Enki Bilal and especially Jean Giraud alias Moebius.

Moebius himself also worked on a number of Ridley Scott films, and was also involved in The Fifth Element, with Mr. Besson.