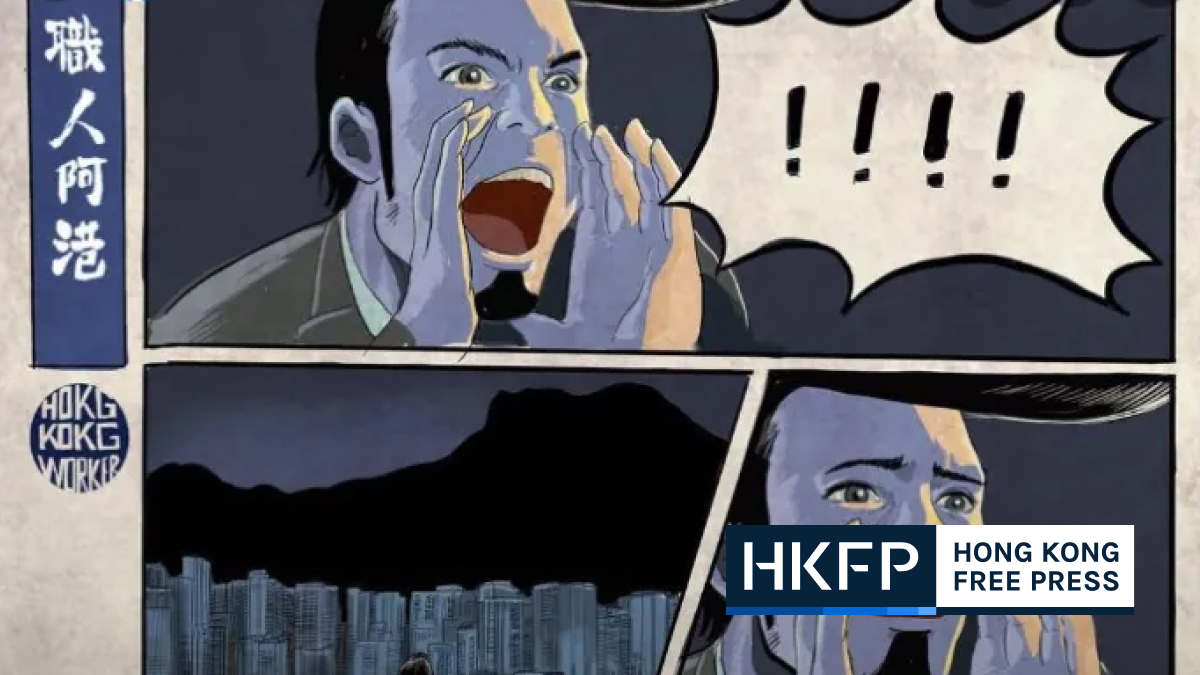 A political cartoonist has left Hong Kong, becoming the third to do so in less than seven weeks, citing concerns about diminishing freedom of expression in the city.

Cartoonist Hong Kong Worker announced his departure on social media on Sunday, saying he had arrived in Britain.

“You may think there is one less voice in Hong Kong, but if I stay, it will only be a matter of time before I am silenced or forced to change the subject. The choice that I have done allow myself to continue – to continue to have a voice in the world that supports Hong Kong people,” the artist wrote.

“We will bloom in places all over the world,” he added.

Hong Kong Worker told HKFP on Monday that he left because he “felt he could no longer create normally in Hong Kong.”

Hong Kong Worker’s announcement came less than two months after the departure of comic artist Ah To and former school teacher and cartoonist ‘Vawongsir’. The artists’ other reasons for leaving included the “great mental stress” of producing political cartoons in Hong Kong as a result of the National Security Act and fear of being arrested under the Sedition Act. colonial era.

The National Security Law, which came into force in June 2020, criminalizes subversion, secession, collusion with foreign forces and terrorist acts, with a maximum sentence of life imprisonment. Authorities also used another colonial-era law to punish “seditious” acts, such as speaking seditious words or making seditious publications.

Days before announcing his departure, Hong Kong Worker posted several cartoons about the Tiananmen crackdown in 1989, when the People’s Liberation Army cracked down on protesters in Beijing, killing hundreds, if not thousands, of people.

One illustration showed four people wearing t-shirts that said “nothing happened”. Pro-democracy activists have accused authorities of trying to erase the memory of the Tiananmen crackdown by banning commemorations in Hong Kong in recent years.

Hong Kong Worker, a cartoonist for about two years, has covered not only politics, but also community affairs. For example, he made a series of drawings about the move of the iconic Jumbo floating restaurant to the Southern District of Hong Kong Island.

Hong Kong Worker has over 3,500 followers on Instagram and approximately 14,370 fans on Facebook. The artist said he will continue to create works about and for Hong Kong.