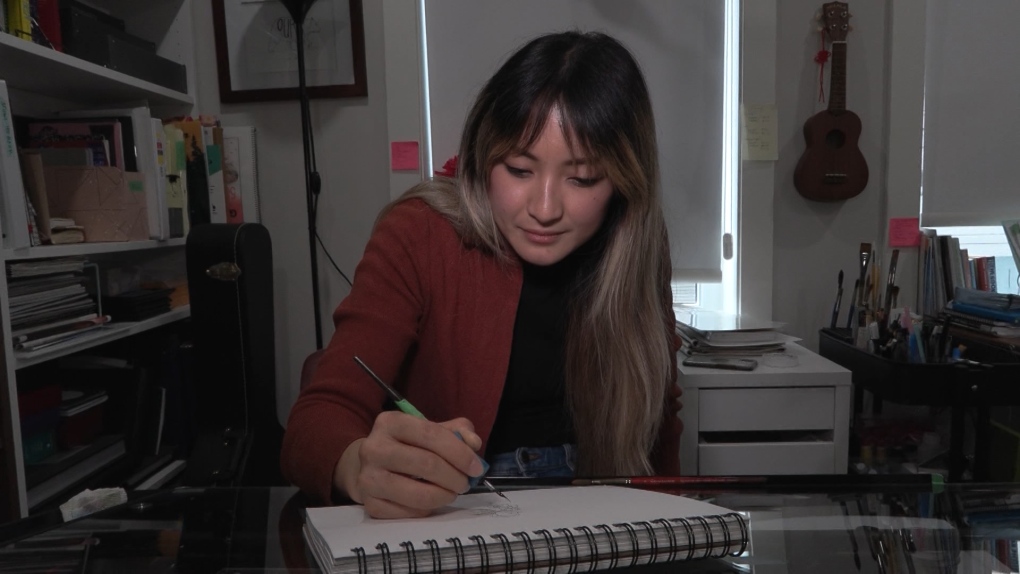 A Vancouver woman is still in shock after being named a finalist for one of publishing’s most prestigious awards.

Zoe Si’s work has been seen by millions, splashed across the pages of The New Yorker and this week she learned she was up for a Pulitzer Prize for several of her designs.

It’s a recognition that Si calls “very, very surreal” after making a big career change at the height of the pandemic.

The 31-year-old graduated from the University of British Columbia in 2013 and was a practicing lawyer until about two years ago.

It was then that she decided to trade courtrooms for cartoons, in order to document her life.

“I started doing cartoons to solve problems on my own because life was hard and drawing cartoons about something…you make yourself laugh,” Si told CTV News Vancouver.

“I didn’t start this adventure wanting to become an editorial cartoonist or a journalist, I just came with the experience of documenting my life.”

But it was a decision that quickly paid off.

“I was processing my feelings by drawing about them and The New Yorker kept picking them up,” Si said.

“It’s definitely unexpected, that really wasn’t the goal at all this year,” Si said.

Although she initially didn’t plan to make drawing a full-time career, Si said she started taking up pen to cope with stress when she was in law school.

“I started a website where I set myself the goal of posting a cartoon every day for a year…my online followers just grew organically,” she said.

“When I became a lawyer, I kept drawing cartoons about my daily life…it was just a fun way to let off steam and people thought it was pretty relevant.”

“When I found out about this…I thought this would be my 30-year plan,” she said. “I can maybe expect that when I’m in my 50s and then of course it happened this year… so it was super overwhelming but very empowering.”

Si has now set her sights on the future, when she plans to continue drawing cartoons for The New Yorker and illustrating children’s books. She hopes this will eventually lead to a book deal.

“The next thing I’m going to try to do is write a children’s book or a graphic novel,” she said. “Just keep finding ways to connect with people and convince them of the legitimacy of cartoons as a serious means of communication.”


With files from Nafeesa Karim of CTV News Vancouver