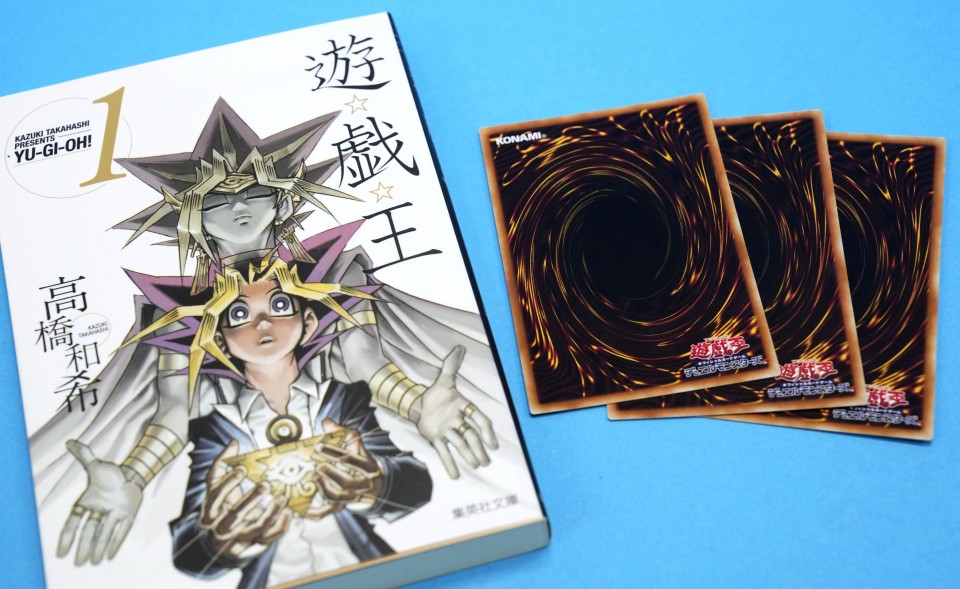 Kazuki Takahashi, the creator of the popular “Yu-Gi-Oh!” manga series, was found dead in the ocean off the coast of southern Japan while on a snorkeling trip, according to coast guard officials. He was 60 years old.

Takahashi was wearing scuba gear and flippers when he was found Wednesday morning about 300 meters off Nago, Okinawa Prefecture, by a local tourism worker who later alerted authorities, officials said Thursday. responsible.

The photo taken in July 2022 shows a copy of the popular “Yu-Gi-Oh!” manga series and related game cards. (Kyodo)

Police are investigating the cause of his death, officials said, adding he may have been traveling alone.

A car rental company consulted police on Wednesday when it was unable to get in touch with Takahashi after renting a vehicle from him. Her car was found parked near a beach in Onna, about 12 kilometers from where her body was discovered.

Tokyo-born Takahashi, real name Kazuo Takahashi, got his start as a manga artist in the 1980s. His “Yu-Gi-Oh!” The series featured a high school student who becomes possessed by an ancient spirit and settles disputes by playing a card game involving magical creatures.

The work was serialized in Shueisha Inc.’s Weekly Shonen Jump magazine from 1996 to 2004, with total circulation, including digital publication, reaching over 40 million.

The official card game based on the series has been released in over 70 countries and regions and has been certified as the “World’s Best-Selling Trading Card Game” by Guinness World Records.